The amazing Africa Sexxx palms her bra-less 40M-cups covered by a thin, blue, low-cut top. She lifts them, which takes some considerable arm strength considering their weight, cuddles and caresses them while murmuring words of approval. It’s always great to see a woman love on her boobs.

Behind Africa on the couch sit her two studs of the day, prepared to give Africa all the action she wants. They reach out to touch the biggest breasts they’ve ever seen and go into boob shock. After playing with her nipples, sucking and lifting them (while a giggling Africa rubs their bulges), they pull out their dicks to rub and tap her fleshy wonders.

The guys exit stage left and right while Africa waits, then they return ready to continue their three-way fun. Tyler feeds cock to Africa while Johnny has the honor of fucking her tits, things countless guys fantasize of doing if they had the opportunity.

Africa gets on her back after the guys undress her. They take turns fucking her mouth and beyond-belief boobs, and putting balls in her mouth to suck on and lick. While one man gets his cock sucked, the other fucks Africa. When they swap positions, they spank her ass cheeks.

Africa sits on Johnny and rides him fast and hard, then turns around and continues her bouncing. This is power fucking.

The guys take turns sinking their dicks into Africa’s tight butt as everyone reaches detonation time. The breast goddess kneels, an expectant look in her eyes. The guys flank Africa and jerk it for her, each leaving his tribute on her massive hooters. She rubs it in like it’s moisturizer and gives us her goodbye smile, purring like a kitten. 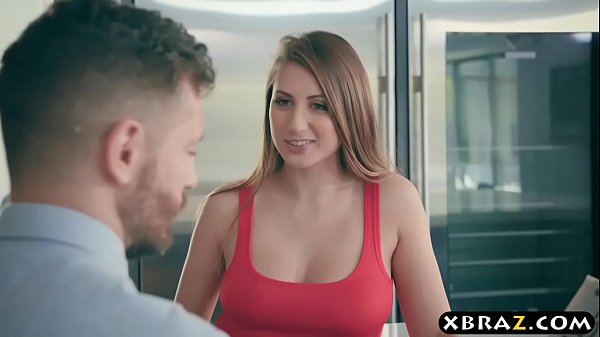 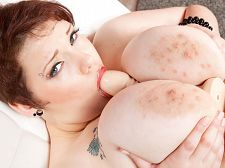