“Most guys want me to have sex with them when I tell them I’m a sex researcher,” Sabina Leigh told us when she was at The SCORE Group for the first time shooting for Voluptuous magazine. “They say I can use them for research.”

“The G-spot is right inside the vagina at the top, so you want the hook to go up and to the front, like right behind the clitoris. So the best way to use it is not to put it deep into the pussy, but focus more on just the first couple of inches inside. That’s where the G-spot and all those sensitive nerve endings will be found.”

Videos that show the female breasts in motion, like a girl doing sports, and anything outdoors tend to stick to the memory of the boob man. In this scene, Sabina Leigh enjoyed a one-on-one game of hoops and she’s wearing the perfect clothing: tight shorts and a tight tank top over a bra. It’s hot and clammy outside so Sabina pulls off her tank. Those bra-covered, jiggling flesh-melons get Ashley even more heated. He interrupts everything by grabbing Sabina and having a go at her nipples. She opens her mouth and this game is over. They throw a towel on the grass and he fucks her. Kneeling, she gives him that look that says “Come on my tits.” She juggles her big boobs and he jacks on them for a happy ending.

Many times, a reader or a website member suggests that a girl he knows give us a call. That happened to Sabina. “A friend of mine suggested that I check out your magazines and look into doing modeling, so I looked at your web site and did some research. Then I took some pictures and sent them in. You guys called and offered me the chance to come down.” 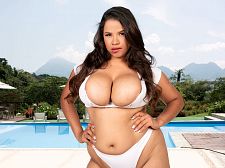 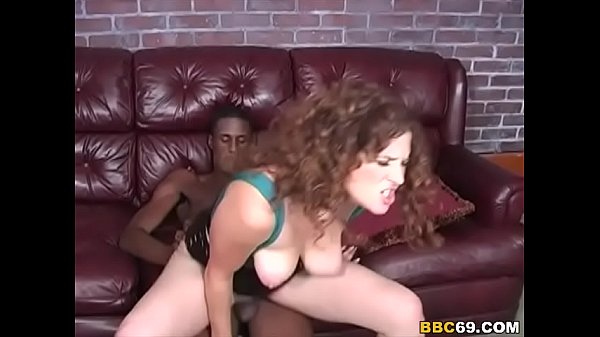