Sirale plays hot stripper and works the pole. Two poles, in fact. The brunette curvette looks hot as she spins around the cold steel tube. Her audience of two in this private club want to give Sirale something hard also.

Sirale can work it and she’s got moves. Her grinding against the pole is working its magic. Next, she takes her big boobs and wraps them around the pole. She taunts the two with the promise of a great time. And she will deliver, unlike many other dancers.

Thomas and Neeo reach out for Sirale to come closer. They want her. She sits between them and they each reach out to suck a nipple and squeeze her natural tits. Sirale’s nipples become as hard and as stiff as pencil erasers from the attention lavished by their lips and tongues. The elongation is noticeable.

Thomas has first rights to lick Sirale’s snatch. That sends her over the edge. She takes a cock in each hand and sucks and jacks them. If one shaft is not in her mouth, she’s jerking it. At one point, she takes both cocks in her mouth.

They put Sirale on her back. Neeo bangs Sirale’s cleavage while Thomas fucks her mouth. They pull off her panties for a nice, unblocked view of her pussy. Thomas shoves his prick into her while Neeo fucks the brunette stripper’s mouth.

Now Neeo needs Sirale’s pussy. They turn her around so she is in a doggy position, one knee on the couch. Neeo takes her pussy and Thomas gives her mouth cock. She sucks it hands-free.

Who has the most stamina left when this three-way fuck is over? Not those two strip joint punters. 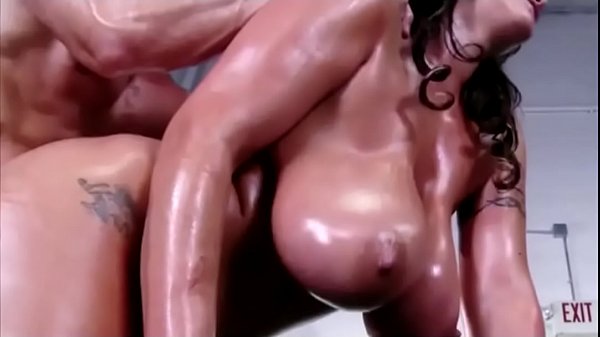