Sahara Leone arrives at the home of amateur photographer Stirling Cooper for her bikini photo shoot. One look at the very seductive Sahara, what she’s wearing, her sexy voice, and her seductive, eye-banging personality get Cooper worked up. But first, the photo shoot. Or so he thinks.

Sahara doesn’t need to change her outfit in the other room. She’s already wearing a tiny bikini under her tight titty tube top and cut-off shorts that show plenty of ass-cheek. She’s ready to go. Sahara takes a bottle of oil from her bag and rubs some in, teasing Cooper with sexy comments.

Cooper begins shooting as Sahara poses but finds himself rubbing Sahara’s big oiled tits at her invitation. Her tits come out of her bikini top. Cooper tugs on her erect nipples, rubs and plays with her boobs. She’s very vocal and bouncy, asking him to keep rubbing her breasts.

“Let’s see that hard cock,” Sahara says, pulling his pants down. His boner pops out and Sahara kneels to give him a blow job. Her cock-sucking technique is super-hot. She can get it all down her throat while she makes appreciative moans, slurping, gagging sounds and spit strings. Cooper bangs her boobs and gives her more cock to suck on. 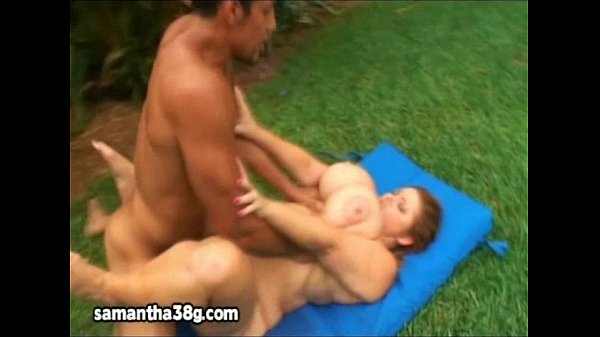 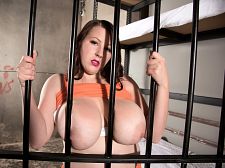